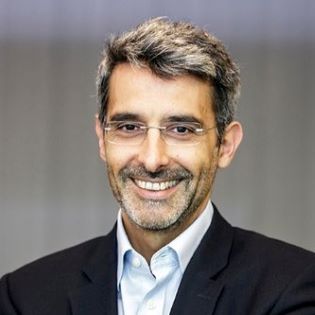 Since joining SUEZ in 1989, Francois has played a vital role in building the company’s successful water portfolio and is a force driver behind SUEZ’s outstanding growth. He previously held several executive positions in the Group. In the early days, he served as Sales Director for Operation and Maintenance, Managing Director for Standard Product Division in France, and Sales Director for Central Europe for the Group’s Treatment Infrastructure business, formerly known as Degrémont.

In 2000, he was assigned as Managing Director of the Group’s Water and Wastewater Treatment Equipment product line, previously known as Ozonia®, in Zurich, Switzerland.

In 2005, he returned to Paris as Managing Director of the Degrémont Technologies business line. Between 2008 and 2015, he was appointed Executive Vice President of Business Operation of Treatment Infrastructure in Dubai and Beijing where he focused on the Middle East, India, Asia and Australia markets. In July 2013, he was appointed CEO of Water in Asia.

He earned his MSc degree at Agro Paris Tech and MBA degree at Institut Francais De Gestion in France.