As citizens, scientists, corporate players and public authorities all become increasingly concerned about biodiversity loss worldwide, focusing their attention on an overall decline in species and the severe impact already felt by humans, the Group is taking action by stepping up implementation of solutions that significantly improve habitats’ ecological quality and features, both within its own scope of activity and within its customers’ field of action.
Our actions

Accelerating the implementation of biodiversity solutions

SUEZ is aiming to step up its role in protecting the environment and restoring our natural assets by taking action for the protection and rehabilitation of terrestrial, aquatic and marine biodiversity. To do this, the Group is accelerating its development of “100% sustainable” solutions characterised by their positive impact on the environment, i.e. on air, water and soil.

A positive impact on the Earth’s natural assets, one of the cornerstones of the Group’s value proposition

In France, SUEZ is a stakeholder in the Entreprises Engagées pour la Nature / Act4Nature France initiative led by the Office Français de la Biodiversité (French biodiversity agency). In so doing, the Group is renewing the commitment it has made to the National Strategy for Biodiversity since 2014. Abroad, the Group is also involved in the Act4Nature International initiative led by EpE (Entreprises pour l’Environnement), in conjunction with the Business for Nature coalition run by the World Business Council for Sustainable Development.


In 2019, SUEZ also joined “Alliance to End Plastic Waste”, an international association which brings together a number of industry players with the common goal of “zero plastic waste in our oceans”.

Since 2008, operational action plans to boost biodiversity have been rolled out at priority sites in France and abroad. In 2019, SUEZ recorded implementation of action plans at almost 40% of its plants recognised as priority sites due to their location in protected areas.
Our references

Some examples of biodiversity protection around the world 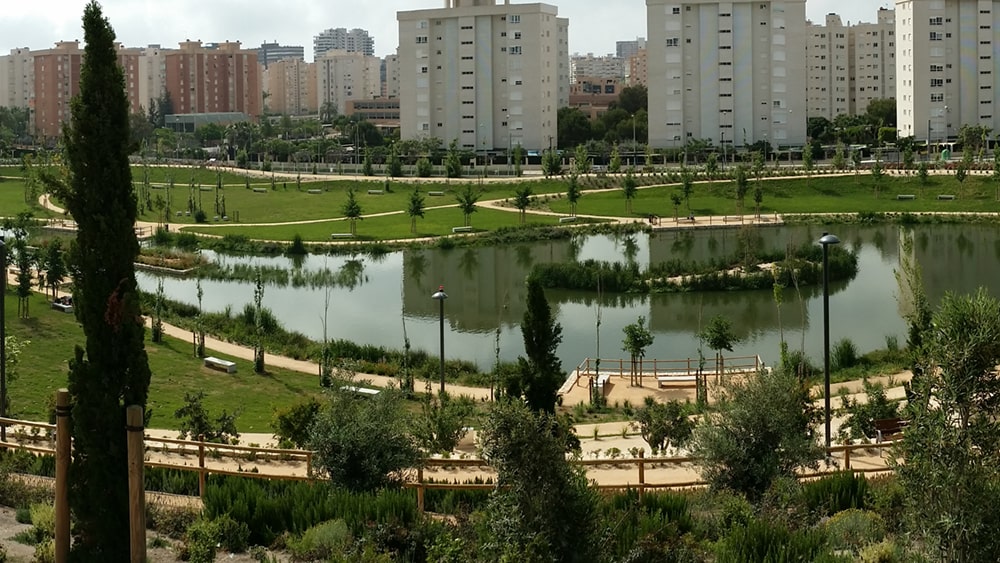 Built in 2015 and managed by Aguas de Alicante (SUEZ), "La Marjal" floodable urban park is a multi-functional green space that protects the city of Alicante from floods caused by torrential rain. The aim of the park is to build the city’s resistance to climate change and provide outdoor leisure space for its residents.

The park, which was inspired by Mediterranean wetlands, reduces the impact on flooding and provides a wild area for fauna and flora. Consequently, numbers of local birds and flora are increasing, with currently over 90 bird species including protected species like the kingfisher. Guided tours and scientific bird-tagging sessions are held at the park.

Creation of a wetland at the Shanghai Chemical Industry Park (China)

In 2017, SUEZ NWS won a design contract for the ecological rehabilitation of wetlands at Shanghai Chemical Industry Park (SCIP). It is the Group’s largest wetland creation project, using the Dragonfly Zone concept and covering approximately 50 hectares. 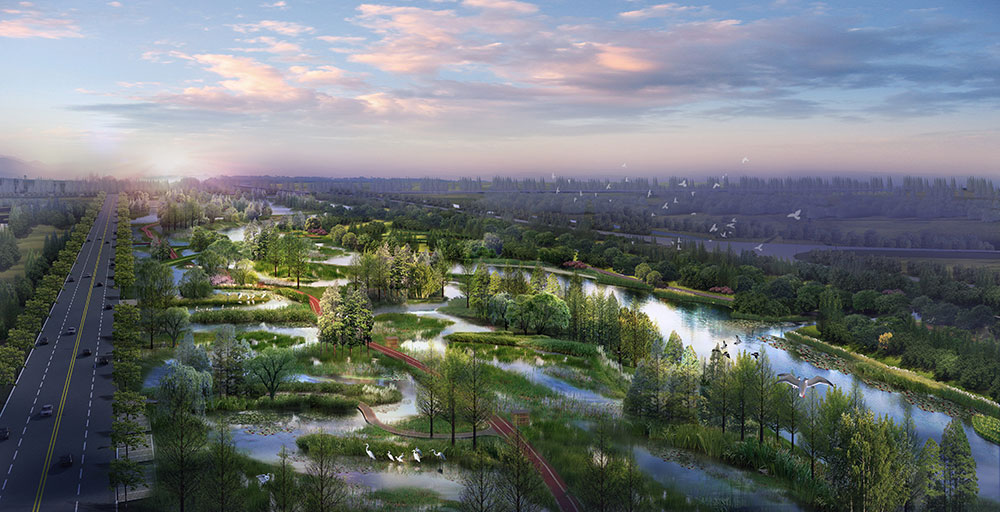 Larger Image
The aim of the project is to rehabilitate the existing wetland to improve industrial wastewater treatment using a network of functional and natural wetlands. To meet the challenge of treating SCIP industry park’s salinated wastewater, coastal plant species with a high salinity tolerance were chosen for the wetland. This ecological engineering innovation helps to improve the quality of treated wastewater and boost the site’s high biodiversity. 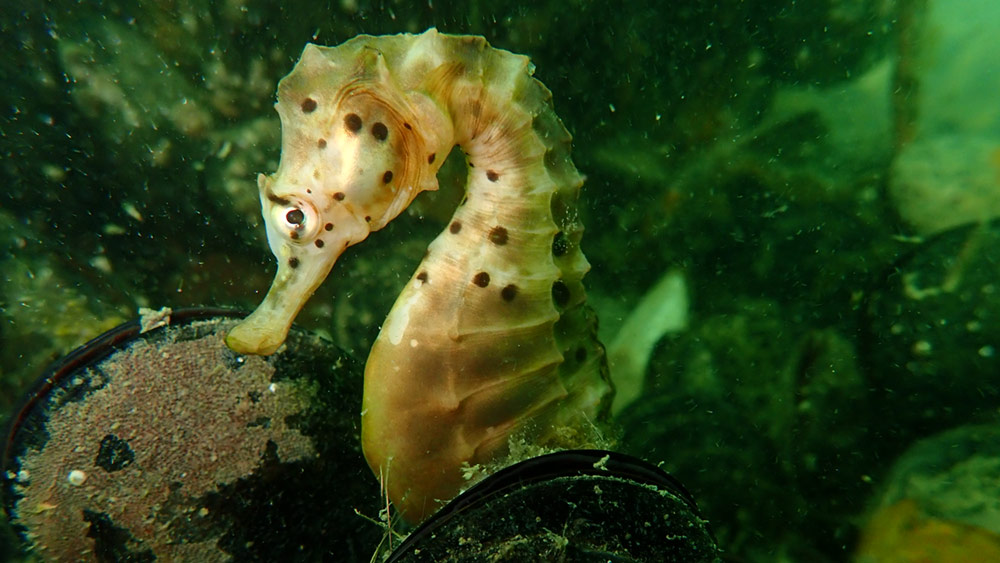 The south coast of Australia has hundreds of bays and estuaries with important habitats such as shell reefs, mangroves, seagrass beds and salt marshes. These habitats provide vital environmental services that nature and humans need to survive – filtering water, producing fish, protecting river banks – but years of commercial dredging, overfishing and pollution threatened these habitats.

SUEZ partners with The Nature Conservancy to help rebuild the reefs using oyster shells collected from seafood restaurants. The aim of the project: less waste, a restored habitat for native species and economic advantages for the marine industry.


Oysters are an integral part of marine ecosystems, improving biodiversity by improving water quality. The Port Phillip Bay project involved collecting used oyster shells from local restaurants and wholesalers. After collection, the shells were dried to eliminate pathogens, mixed with limestone rubble and placed on the seabed where young oysters were then able to gather. Since the start of the project, 1.5 hectares of shell reefs have been restored and 60 tonnes of shells have been recycled.

The Mediterranean Sea is one of the planet’s busiest waterways. It represents over 10% of the world’s marine biodiversity yet less than 2% of its marine surface. All maritime industries operate in the Mediterranean and most are expanding, resulting in definite signs of deterioration despite over 60% of the marine area being designated a protected zone. 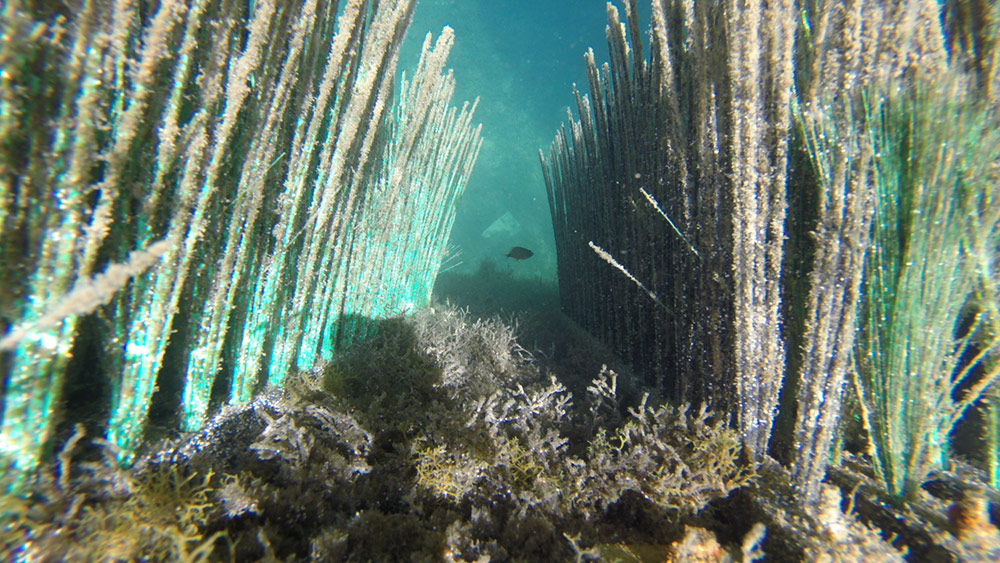 Larger Image
To recreate an ecosystem to boost marine biodiversity, SUEZ designed and installed artificial habitats along the quays at Marseille’s Pointe Rouge marina in 2015. The nurseries imitate the Posidonia meadows in which young fish shelter from predators, feed and grow before heading out to sea. This solution helps to restore marine biodiversity, particularly when combined with ecological rehabilitation work on the marine environment. In Marseille’s Bay of Cortiou, for example, actions included planting bunches of Cystoseira algae by hand so that their heavy seeds (zygotes) spread and grow, boosting biodiversity.
Read also