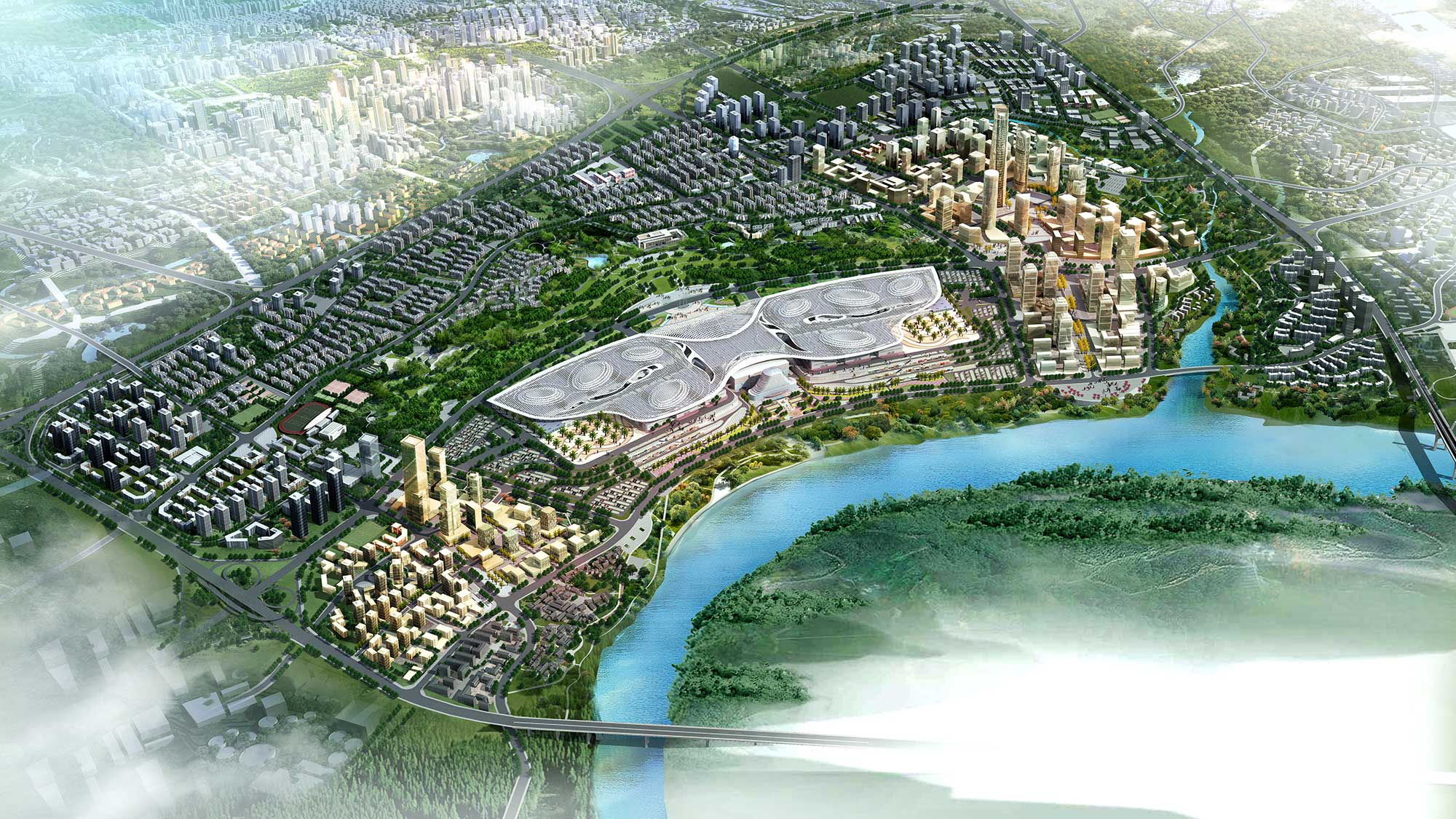 How our smart storm water system is helping Chongqing, in China, to become a "sponge city"

China has launched a "Sponge cities" program to improve the resilience of its cities to flood risks and reuse up to 70% of rainwater. Chongqing, one of 30 pilot sponge cities, has chosen our digital solution, AQUADVANCED® urban drainage system for storm water management, to assess the performance of its sponge facilities and prevent urban flooding. Together with Yuelai New City in Liangjiang New Area, where Asia's second largest convention centre is located, Chongqing is one of the first to trial the “sponge city” concept.
The mission
Chongqing has an annual rainfall of over 1,000mm, the bulk of which falls in summer and autumn. Due to its complex landscape, the city faces challenging issues concerning flood control and drainage. As a typical mountainous area, Chongqing has an ecosystem that is sensitive, fragile and difficult to restore, as well as climate, water, vegetation and man-made factors to deal with.
For these reasons, a normal underground pipe network cannot guarantee the city's protection from storm water. The challenge lies in making full use of the distinctive natural features, moving away from a traditional drainage-focused rainwater treatment method, and creating a soft system for urban drainage. This is a major hurdle that Chongqing must overcome to build a sponge city.
>1,000
mm
annual rainfall
Our solution

AQUADVANCED® urban drainage system provides local authorities with a global, real-time view of the entire sanitation network based on data collected using sensors installed on the network and in the receiving environment, and short-term weather forecasts. It is used to monitor, analyze and forecast the operating status of the rainwater drainage system, urban flood risks, influences on natural ecology and the rainwater reuse system. It will also calculate and report on how a sponge city performs against key performance indicators.

By centralizing and analyzing all these data, the software will protect the population from the risk of flooding inhabitants against flood risks and limit pollution in the Yangtze, Asia's longest river, which is an essential resource for the population's water supply.


The system has been successfully applied to 20 cities and regions, including Barcelona and Singapore.

Discover our smart solutions
The results

The first phase of the project of Yuelai Sponge City Monitoring and Information Platform was completed and put on trial in January 2018. The 18.67 square km area includes Yuelai Exhibition & Convention City, Yuelai Ecological City and Yuelai Smart City. In the future, it will extend to other parts of Liangjiang New Area.


This project is of key significance to the successful construction of Chongqing sponge city and will be the first of China’s 30 sponge cities to have a smart storm water control system.